What has been the impact of Covid-19 on membership and charity events, conferences and exhibitions?

Recent research by Synergy, Gordon Glenister and Pelican Communications shows that those charities and membership organisations offering physical events have been affected during the pandemic.

70% saying they have suffered decreased revenue as a result. 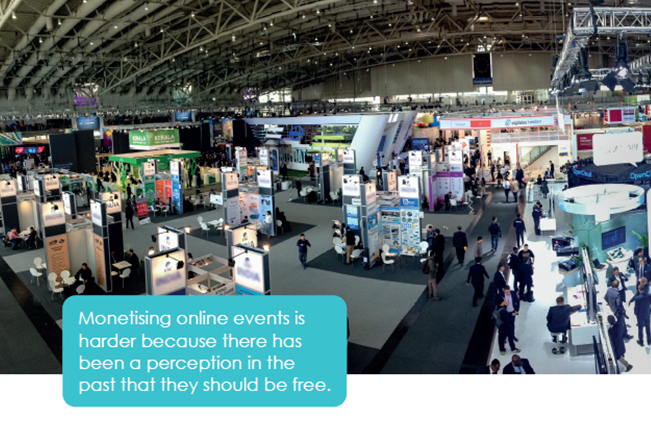 Conferences and events have been a major casualty of the pandemic for membership organisations and charities; however, the impact has largely been driven by the timing of the events.

The British Frozen Foods Federation had its major conference on 5 March 2020 with marginal dropouts, but those organisations that had later events planned had to cancel or postpone. Some took the decision to move their events online.

Indeed, online meetings have rocketed, with 92% saying they had greater interest as a result of the new virtual format. 84% of respondents have run virtual events since lockdown; 50% said they substituted an existing event and 42% ran a new event. AGMs and board meetings have never had such great turnouts, but one of the challenges is there has been a different perspective from audiences as to the value of an online event compared to a physical one. Some delegates seem to prefer the convenience of meeting online, while others drop out of events.

While there is not the same level of cost in terms of venue and catering requirements, it shouldn’t be underestimated how much planning is required for an online conference with breakouts and speaker engagement panels. Many organisations are seeking out providers in this space and some platforms are quite expensive.

Our survey showed that where people had switched their proposed live event to online, 88% had charged less and sponsorship was either lowered or not charged at all.

Monetising online events is harder because there has been a perception in the past that they should be free. Of those that have run online events during lockdown, only 27% said they charged while 71% did not.

Exhibitions are also a major part of revenue for associations. One organisation said the loss of its EXPO had reduced profit by £150,000, causing a significant loss this year which it was just about able to cover via reserves. Aside from taking out a loan, there has been no support available to help this trade association cope with the revenue impact.

To order your full copy of our ‘Covid-19 Impact Report’ please just request it below.

Order your full copy of the report

Charity, Memberships
Who’s for a lovely cup of tea? Aaah go on. What’s the point of sale?