Cheesy snacks up, champagne down 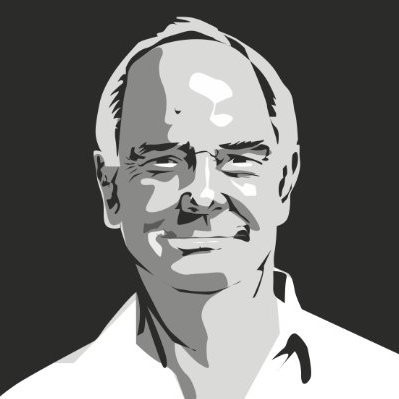 Patrick Collister summarises the pandemic in numbers. Every one of them is a story….that we haven’t gone into. There is no science to their collection.

6% increase in The Economist’s global circulation over the first three months of lockdown.

7.5% of UK GDP is being spent on different fiscal interventions to support the economy.

9 rhinos were killed in South Africa between April and May and at least 6 in Botswana as poaching increases around the world.

14.8% increase in sales of cheesy snacks in the USA since Covid began.

15% increase in the number of UK applications to study nursing.

31.7% increase in the number of apps downloaded across the App Store and Google Play.

45% increase in sales of deep freezers in the USA.

49% increase in the number of calls made to domestic abuse helplines in the UK.

£45 now set as the new highest amount for contactless card payments in the UK.

55% increase in the sales of Warburtons Crumpets since March.

60% increase in sales of Yamaha digital pianos in April 2020. Over the same period, Steinway report a ‘surge’ in sales of concert grand pianos at $250,000 a pop.

62% of the UK population has used a video-calling app, up from 32% pre-pandemic

63% increase in bike sales in the UK between April and June 2020. Brompton Bikes have full order books until March 2021.

The Government helped by giving out £50 vouchers for bike repairs.

66% increase yoy in the demand for cake in China.

81% increase in revenue at Naked Wines in April and May.

95% of Danes think their government has handled the crisis well. (Compared to 47% of Americans and 46% of UK citizens.)

170% increase in sales of fitness equipment in Ireland since lockdown. In the USA, some stores report increased sales up to 600%.

225% increase in online sales for DIY products at B&Q.

370% increase in yoy sales of Ravensburger jigsaw puzzles in Q2.

400% increase in the size of the bread-maker equipment market predicted.

450% increase in the sales of firearms and supporting accessories in the USA.

£771 on average spent by each UK consumer so far on non-essential items to lift their spirits, such as books, computer games, subscriptions.

2000% increase in the number of Zoom users between January and April 2020.

$2,000 – the highest price per ounce of gold ever, reached in early August.

5000% increase in spending on advertising by Public Health England, to £43.9 million between 23rd March and 30th June.

9.6 million people are currently on furlough in the UK, at an estimated cost so far of £34.7 billion to date.

16 million new subscribers to Netflix globally, leading to a 30% hike in the company’s share price.

$1 billion – the overnight increase in the paper value of Stéphane Bancel, CEO of US biotech company Moderna, when he announced the start of human trials for a Covid-19 vaccine.

129 billion face masks (or thereabouts) and 65 billion plastic gloves are being thrown away every month, contributing significantly to an increase in plastic waste. (All the masks made so far, if stitched together, would cover Switzerland.) In Thailand, plastic waste is up from 1,500 tons to 6,300 tons per day.

$685 billion – the amount by which Forbes calculates America’s 643 billionaires grew their collective wealth between March and August 1st, 2020.

$820 billion, the estimated costs to the global tourism industry of coronavirus to the end of July.

32% reduction in crime in the UK during April and May (excluding fraud and computer crime).

70% slump in sales of champagne.

75% cut in the circulation of Metro free-sheet newspaper in the UK.

80% drop in car sales in the USA, though an unspecified increase in sales of vans.

94 murders in South Africa in the first four months of the year, down from 326.