Give A Few Bob 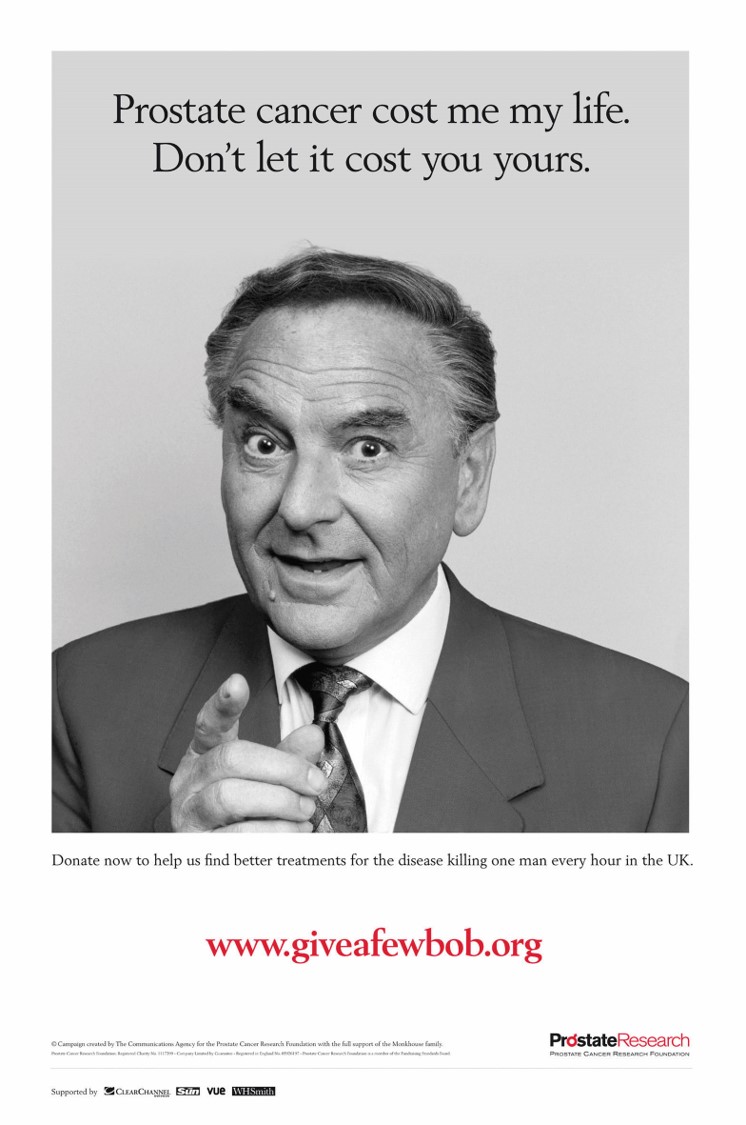 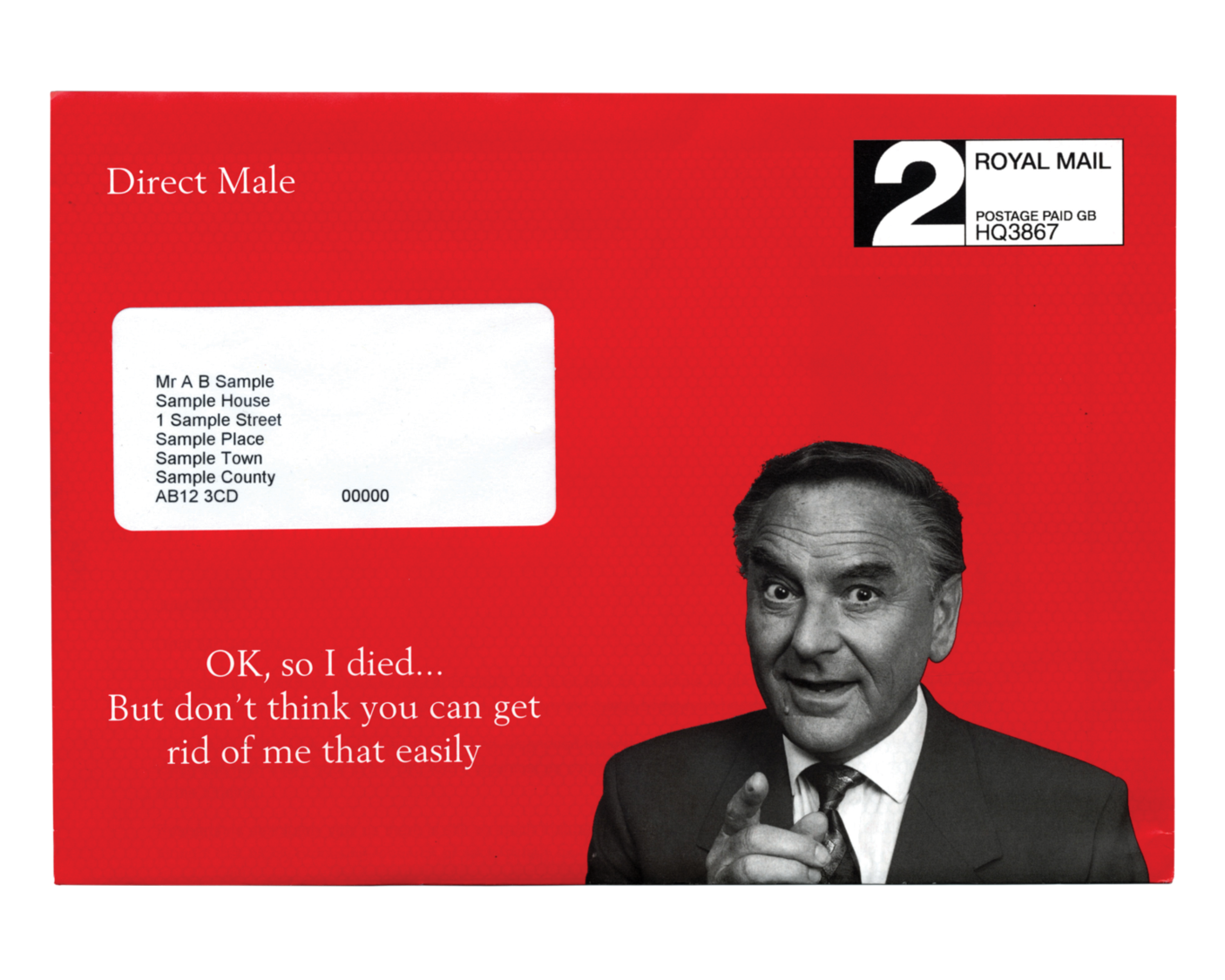 Men in the UK don’t talk about health issues. Nor do they appreciate how common prostate cancer is and that it kills one man every hour.

The challenge, therefore, was to create a campaign to put on the national agenda both the disease and the PCRF, which funds independent research into its causes and treatments. In particular, the aim was to get through to men aged 45 and over, those most likely to be affected by the disease.

Research revealed that the more emotional the charity appeal, the more unemotional men become. While a celebrity could add real weight to the campaign, a current sufferer of the disease might not feel comfortable talking about his illness. The creative leap was to use a dead celebrity and to bring back Bob Monkhouse to front a campaign for the disease
that killed him.

While cancer and comedy do not usually sit easily together, the success of the campaign was in faithfully recreating the spirit of Bob Monkhouse. His wisecracking approach was both authentic and heartfelt.

As well as mail with a strong call to action, the campaign also involved cinema and outdoor.

A number of advertisers have brought celebrities back from the dead. Marilyn Monroe for Chanel, Steve McQueen for Ford, for instance, but none have had the same resonance as hearing Bob Monkhouse’s voice from beyond the grave. Now, after he has gone, his awful puns manage to be both touching and, somehow, evocative of loss.

To write in the manner of the departed comedian himself was no easy thing. But even the message on the outside of the envelope has captured the essence of Bob in 15 words. A brilliant example of how you can often make a serious point better with humour than with solemnity.